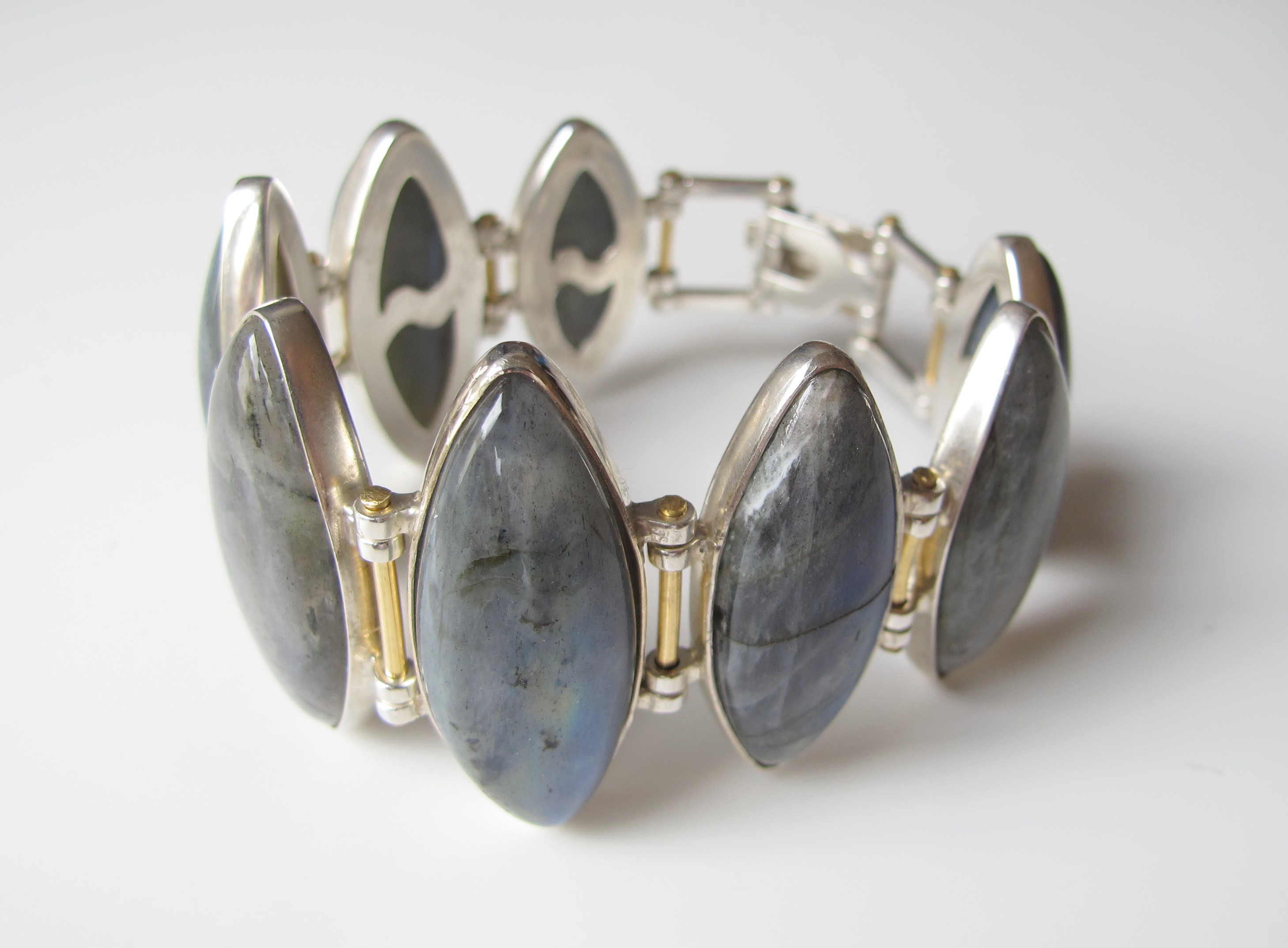 After making lots of rings I wanted to create something big and more involved, little did I know this would turn out to be such an epic project. Matching set of three pieces including a 9 stone flexible bracelet, ring and pendant. I bought a set of Labradorite cabochons stones from Dhorgems with the vague idea of making a bracelet. After some research and pondering I came up with a link design between each stone held in a bezel set framework with pierced out backs. Started out by constructing the 9 settings from sheet silver, each one taking several hours to construct, sand and polish. For each one I had to build 4 projecting hinge parts from some Jtube (that’s thick walled tube), that’s 36 separate hinge parts! Took ages. Found a great tip on YouTube for how to hold the hinge parts in alignment while soldering them in place. Using retractable pencil lead, slide a bundle of them through the hinge parts to align the two pieces. When heated the graphite in the leads doesn’t melt, brilliant! Some of them came out so well they didn’t need any further adjustment.

I decided to incorporate some gold into this piece for the first time (lots of firsts in this one) so used gold wire to make the hinge pins and riveted over the ends to stop them sliding out.

Next I had to build a catch and a few extra links to get the overall diameter to fit Jules’s wrist. Did lots of research to come up what a catch design that fit the look of the bracelet and ended up with a novel hybrid design that I couldn’t see online but which I think worked well. I even did a 3D CAD mock-up and rendering in 3DSMax to help visualise the design. Built anther 8 hinge parts and cut, shaped and soldered up the fiddly little parts for the catch. the design prevents the catch from accidentally coming open because the pin locks the two halves together unless its moved out of alignment before trying to open. Learnt the hard way how to rivet by not hitting the end too hard and bending the pin. Also to have had more height on the bezel to rub over the stones.

Overall very happy with the three, especially the bracelet. Perhaps something simpler next.