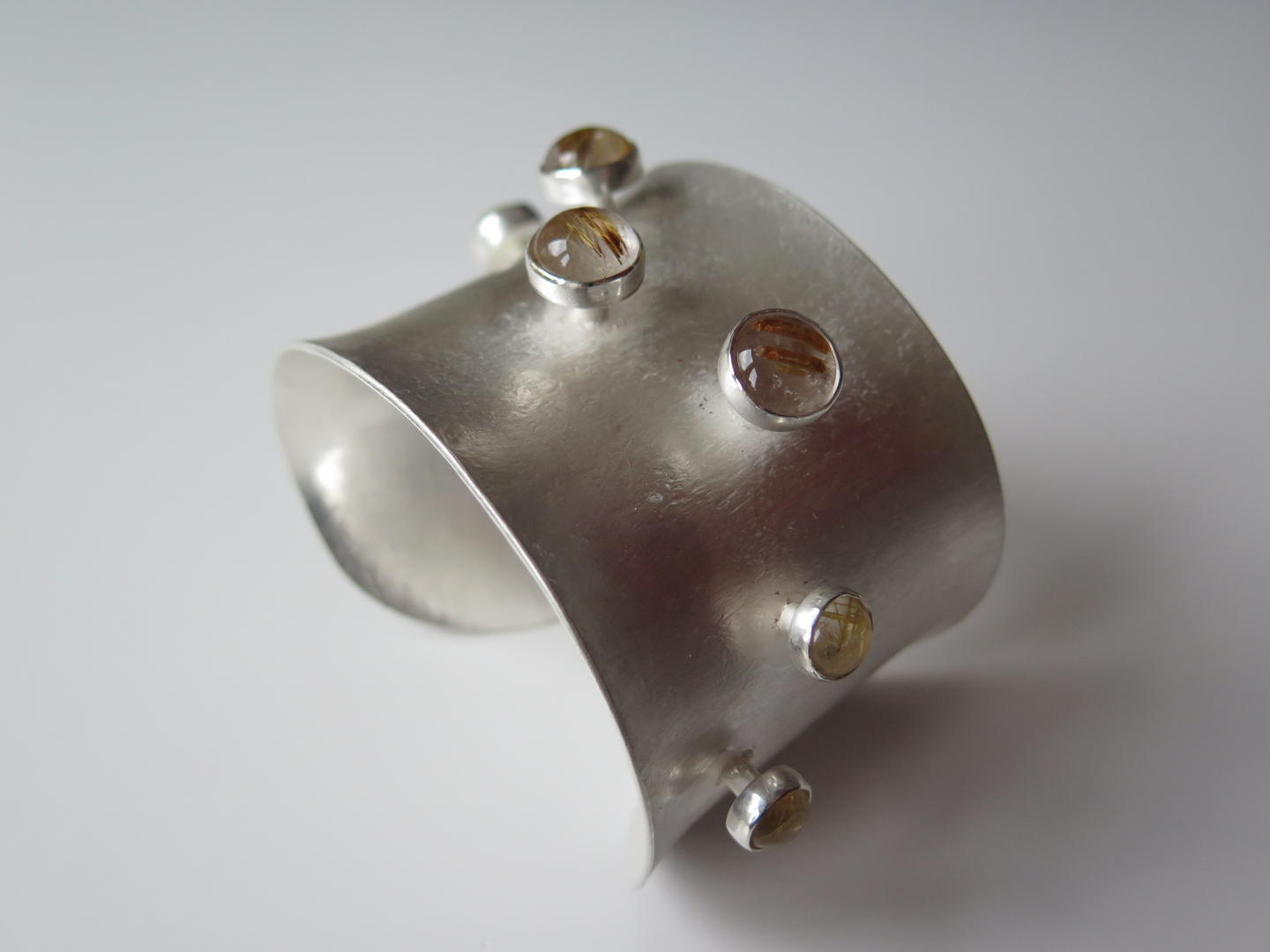 This was an epic project. Both a large hammered anticlastic cuff and several ritualized quartz cabochons on raised pedestals, like mushrooms. This was kind of inspired by several difference cuff images online and a bit of experimentation and like most of my projects just seeing where the flow of doing takes it.

First formed a test piece in Copper to get some practice, annoyed everyone else in the class with the hammering. Then spent 3 hours creating the silver version, not easy as I hammered the curve one way it tended to pull our the curve the other way, by repeatedly swapping hammering the two opposing curves gradual formed. this was given a brushed finish to hide all the hammer marks.

Next came the raised stone settings, these proved very fiddly to solder to the cuff, trying to get enough heat onto the large cuff without melting the tiny setting. after lots of trial and error i worked out how to do it and managed to set seven of them in a random line.

All in all a great project and by far the most technical yet. The others in the class nicknamed it the jumper catcher.